We at Printculture mourn the death on August 29 of our sometime contributor, questioner, joker, friend and all-round gadfly. If ever proof was needed that electronically mediated friendships can be as solid as those In Real Life, Michael’s many friends can provide it. Michael, we are hobbled without you. 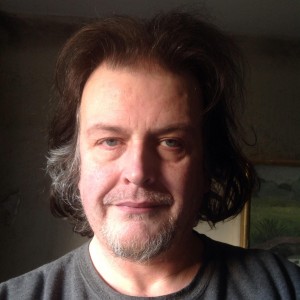 I met Michael at a conference at Cambridge where the remit was to show how the humanities and sciences could learn from each other. My piece was an attempt to reread Dilthey’s famous distinction between the natural sciences, which explain, and the human sciences, which interpret– and I forget what new spin I was trying to bring to the familiar chestnut. Michael came up afterwards and, in that quiet, diffident tone that in England usually signals that the speaker really knows what he’s talking about, confessed to being an engineer and raised a few questions about my talk, easily the best questions I got on that outing. We got into the habit of email exchanges about methodology, music, medicine, melancholia, and other marvels, and I’m proud that here on PC we occasionally said something that made him rush to his keyboard. He was someone I was counting on hearing from for many years to come.

One thought on “Michael Toussaint Stowers”