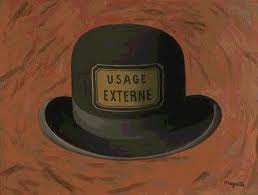 One of the things I am always asking France– because, vous savez, lovers are always full of questions– is why the ideas that are taken to their worst extremes of actualization elsewhere have so often begun here. France, mère des arts, des armes, et des lois, I know. But that’s not all. Alongside a lot of civilisation and rayonnement, égalité and parité, it was on French territory that the theory of the fascist state grew to completeness (so that Mussolini could then borrow it from the Action française), that racism and antisemitism took their modern forms (Gobineau, Drumont), that the most eminent medical researchers, decorated with Nobel prizes, advocated a strong eugenics program (Charles Richet, Alexis Carrel). But in comparison with other places, France had a mild case of fascism, antisemitism, racism, eugenics, etc. These could achieve a loud minority, a persistent subtheme, but not (so far) domination of French political life.

You might say: Vichy. But Vichy was a capitulation to invaders who came waving a monstrous growth of bad French ideas. Vichy is an example of what happens when the precarious balance of things that kept people like Maurras and Barrès on the loud lunatic fringe got broken. And no, I am not denying the existence of plenty of nasty racists and exterminationists in la grande patrie, some of them elected officials.

How were moments of crisis averted, by and large, the moments when the same ideas jumped into the saddle elsewhere? My theory is not that French people are uniquely virtuous or that France has some secret ingredient (too bad for me; I could be writing best-sellers and New York Times Magazine pieces about the special Frenchness of the French!), but just that the democratic process kept going here despite the many coups, restorations, revolutions, wars and invasions. Not immaculately; just enough. We can all take encouragement from that.

One thought on “For External Use Only”